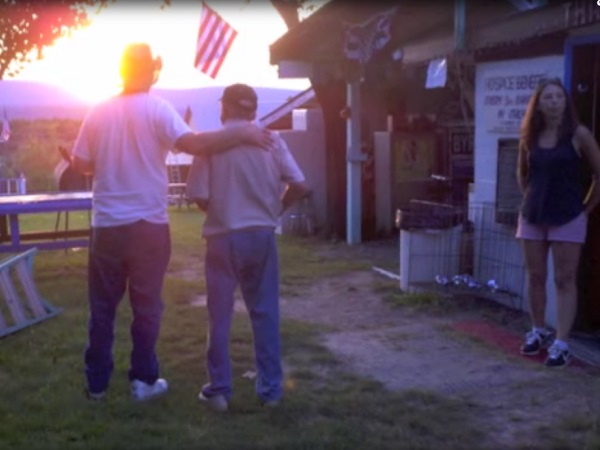 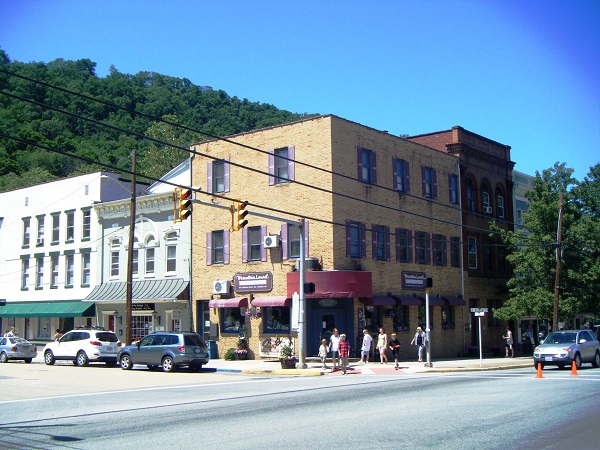 While "Views On The News" is primarily intended as a commentary on current political issues, I've decided to dedicate this update to a small All-American town; Berkeley Springs, West Virginia. I won't say how I learned of this place, but suffice it to say that I did some digging and learned a lot about it. I thought it was worth sharing, as we should all remember that the culture and social values of small-town America are really what "MAGA" is all about...never forget  what's at the heart of the matter; the socialist left's "New America" verses our "Old America".  Berkeley Springs is as "Old America" as it gets, and the more I learn about the place the more I want to retire there...sorta kidding, but not really.

A fountainhead of warm mineral waters frequented by Native Americans long before Europeans arrived in the New World, are at the heart of the mountain spa community of Berkeley Springs in West Virginia’s Eastern Panhandle. First noted as Medicine Springs in 1747 on a map drawn by Thomas Jefferson’s father, the waters for many centuries have drawn visitors seeking health and relief from the stress of everyday life.

George Washington first visited in 1748 and made the area his favorite getaway through the 1760s. In 1776, Washington’s family and friends drew up a plat of 134 lots, named the streets, and incorporated The Town of Bath, invoking the muses of the renowned English spa. Yet the magic of the springs prevailed, and the town and surrounding area are known around the world by their name — Berkeley Springs.

The waters flow at a constant 74°F from the base of Warm Springs Ridge. You may still drink freely and fill your jugs at the public tap guaranteed by the Virginia law establishing the town in 1776. You can wade in the ancient stone pools in one of the country’s smallest state parks. The town has endured cycles of notoriety, fashion, war and modern progress, but remains today the Country’s First Spa, a noted art town and friendly haven surrounded by West Virginia’s splendid outdoors.

Today, Berkeley Springs is a rustic little town of 800 people, 96% white and Christian, and a heart-warming example of small-town America. It's a lot like the town I grew up in before the "undesirable" element migrated into the area, and I truly admire these folks for the "God, family, and country" culture and lifestyle they've somehow managed to preserve. No, I'm not naive enough to think that Berkeley Springs doesn't have it's fair share of problems, but I'm guessing it's a pretty nice place to live...a place where you can wear a MAGA hat in public and not be assaulted, and cops don't get buckets of water dumped on them by rampaging savages.

The downtown area features trendy tourist shops and restaurants (with no needles or human feces on the streets), mixed with places like a honky-tonk bar called the Troubadour that has Christmas lights lit year round, and pictures of Patsy Cline hanging on the walls. They have an annual Apple Butter Festival, hot rod racing at the airport, and a BMX park for the kids...you can even take a dip in George Washington's bathtub if you're so inclined. From the videos I watched on YouTube, I got the impression this is the sort of community where everyone knows your name, the doors are seldom locked, and people still trust and help one another. And while I couldn't find any voting statistics, I think it's a fair assumption that most of these folks cast their ballots for Trump in 2016 and will do the same next year.

These are the "deplorables" who Hillary shit upon, the "bitter people who cling to guns and religion" as Obama described them...they are the forgotten men and women of Smalltown USA who elected Donald Trump to take back our country from the degenerate socialist scum trying to seize control. If the day ever comes, it will be people like this who will take up arms to defend our values and morals, not just this particular town, but from thousands of little towns like it all over America, from Maine to Arizona. The neo-communist left, who wants to jam the "New America" down our throats, is terrified of decent, God-fearing Americans like the ones living in Berkeley Springs, West Virginia.

The American flag still flies proudly over this tiny town...

Click on the tunes above and enjoy the slide show...