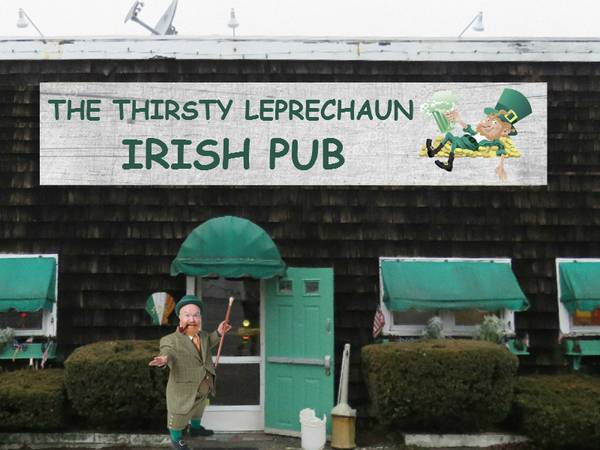 This page is proudly sponsored by the Eldridge Brothers Trading Post

Writer's block...the main reason I wouldn't want to depend on writing to make a living. Sometimes I get into these whacky tales with absolutely no idea as to how they're gonna end...it often starts with a couple of cups of high-octane coffee (the stuff that passes through the digestive track of a certain type of Asian monkey, you can buy it in the dark web) and a few hits of whatever particular weed I have at hand. It's always killer shit, and my dealer is incredible; a boisterous barroom blues musician by night, and an enterprising pot peddler by day...this chap often has as many as a dozen varieties of pharmaceutical-grade weed on hand, and he fucking delivers! Anyway, it starts with a pleasant caffeine/THC buzz, then I start looking for potentially humorous material in the current headlines...there has never been any shortage of it, and these past two years have been a fucking goldmine of comedic fodder. Yeah, I lean a little (OK, a lot) towards the right end of the political spectrum, but I still laugh at some of the crazy antics of Trump and the Republicans. Both sides are terribly fucked up, and I'm not afraid of poking fun at the Trumpites...which essentially means I'm making fun of myself. It's called self-deprecating humor, and I think the writers at SNL could learn a lot from me; if they could fuck with their fellow liberals once in awhile they'd appeal to a much larger audience.

But I digress, as I often do when stoned. Sometimes I spot a funny news story and conjure up a couple of photoshops to spoof it, these often evolve into dank memes. While I'm doing this, a vague story-line is bouncing around in my head, and it's subject to change as I create each new pic/meme...you might call it a "fluid" plot at this stage. When I have a few images to work with, the hard part begins...writing. For one thing, I can't type to save my life...hunt and peck, two fingers, 8-10 w.p.m. on a good day, it's pretty sad. That paragraph above took me over four hours (including short breaks to rest those two sore fingers). Nonetheless, I start poking away at the keyboard, hoping to produce something worthwhile...and maybe, just maybe, slightly humorous.

A good example is a story that was inspired by an article about Steve Bannon on the Drudge Report. I started thinking about a twisted tale concerning Bannon's life after his rather abrupt departure from the White House. I dove into it head-first, but soon realized I'd made a dreadful mistake.

Sometimes, the weirdness just flows from my fevered imagination and through those two fingertips onto my keyboard, but other days it's like doing a jigsaw puzzle with missing pieces while tripping on bad acid. The Bannon story began as a strange tale about him moving to Caleb's Island after being booted as White House Chief Strategist. He goes on a bender trying to drown his sorrows, but the money soon runs out and he realizes he must find a way to support himself. Bannon tries to make a buck with JewTube videos, but the shifty-eyed Hebes spot him immediately and demonetize his page. Steve then forms an Irish bar band and names it Bannon & The Begorrahs; he begins a rapid descent into the hellish world of chubby, middle-aged Irish music groupies (mostly female) and cocaine-fueled orgies. He eventually meets up with his old childhood drinking buddy, Captain Caleb, who appoints him as Caleb's Island Secretary Of Defense. Things go awry when Bannon orders a Calebian U-Boat to torpedo an Martha's Vineyard passenger ferry and machine-gun the survivors in their life-rafts, killing some 300+ innocent men, women, and children. This ugly incident sparks a war with the United States, which quickly escalates into a tense nuclear stand-off that threatens the very existence of mankind...

Unfortunately, that's as far as I got, I just couldn't figure out where to go with this one...so I said fuck it and took a nap. It was a dark cold day here on the island, and I was pretty stoned, perfect conditions for a nap. When I woke up, I had dinner, then got wrapped up with some interracial midget bondage videos on Porn Hub for awhile, then enjoyed a few hours of the Wings Of The Luftwaffe marathon on History Channel; the Bannon story was long-forgotten about. Nonetheless, I'll eventually come up with some sort of happy ending...maybe a post-apocalyptic Twilight Zone scenario where Taylor Swift and I are the last two people on Earth; we discover a pharmacy full of Oxycontin and Viagra, right next door to a fully-stocked liquor store. We survive on Beer Nuts and Slim Jims (those fucking things last forever!), and Taylor sucks my dick until I die from a combination of exhaustion and liver failure. Imagine the photoshops I could whip up for THAT one...

But for now, this is it. Really, not much more than a lame excuse as to why I didn't finish the story. Other funny headlines kept popping up and stirred new ideas for stories (Border Wall Blues, Weekend At Ruthies, The White House Burger Feast, etc.), and I got sidetracked into creating other pics/memes...before I knew, it I had a bunch of unrelated images with no story behind them. Thinking quickly, I decided to just create this page in order to use them up before they expired (current-event memes, unlike Slim Jims, DO have a shelf-life). So enjoy the photo gallery above, it's sort of a hodgepodge of weirdness that few would dare put together, but at least I'm getting some use out of this shit.

Writer's Block, And A Bunch Of Silly Pictures